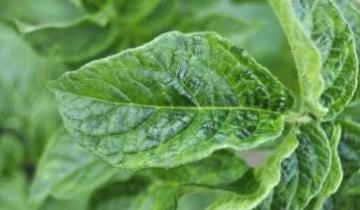 A new source of natural resistance to Potato virus Y has been identified in diploid potato clones derived from crosses between Solanum tuberosum Groups Phureja and Stenotomum.

We have also shown that some of the phureja-stenotomum clones are resistant to Potato mop-top virus.

Work is ongoing to understand the mechanism and specificity of mature plant resistance (MPR) to PVY in potato.

We have found that developmental stage is important and most plants display MPR by flowering.

We have obtained a draft genome of S. subterranea which will inform future research on powdery scab and transmission of PMTV.