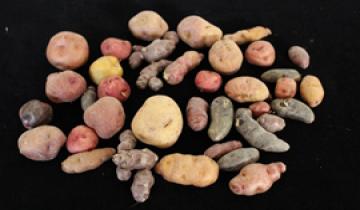 The Commonwealth Potato Collection began in 1938 when the UK government commissioned plant collecting expeditions to Mexico and South America. The first collecting mission to central and South America was led by the plant collector EK Balls and Jack Hawkes with the aim of establishing a collection of wild and primitive cultivated potato species. The material collected on these early expeditions formed the basis of the Commonwealth Potato Collection (CPC). The collection is recognised today as one of the world’s genebanks for potato and potato wild relatives, and is held in trust, by The James Hutton Institute, for the benefit of the people of the world with support from the Scottish Government. 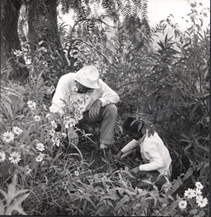 The collection comprises of around 1524 seed-based accessions of tuber-bearing Solanum accessions representing over 90 different potato species. Two thirds of the collection are wild relatives of the potato and the remainder are landraces of cultivated potato from South America.  The wild species represent adaptation to a very broad range of biotic and abiotic challenges and are of great value for potato breeding. The provenance of each accession can be traced back, through original collecting notes, to either a handful of berries gathered from the wild or some tubers collected from a local grower at a market.

The main seed-based collection is held in long-term storage in conditions which will retain viability for many decades. Accessions are rejuvenated, tested for quarantine organisms, hand-pollinated and seed recovered for storage in an annual regeneration programme.

In addition to physical potato seed the CPC comprises of an archive of many of the original records from the various collecting expeditions, including typed details of collecting activities, herbarium specimens and photographic records from later missions.

For more detailed information regarding the collection and for requesting material please refer to our main online database.